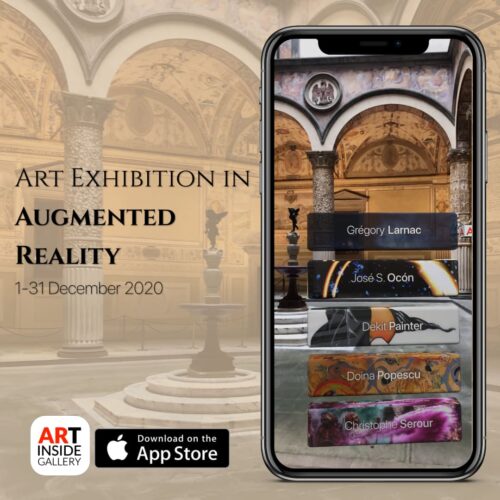 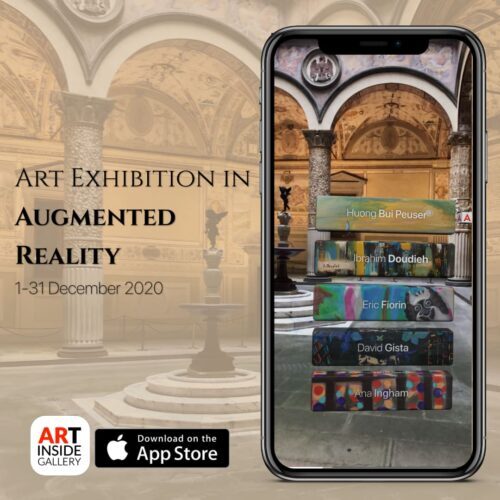 Artinside Gallery is doubling its exhibitions this month, and is pleased to host 10 new fantastic artists:

I was born in 1985. I studied drawing for 5 years before entering architecture University, and continued to take art lessons there for the first two years of the 5 years, as defined in Vietnam for a student architect.   In 2010 I graduated with an architect degree in Vietnam, and I worked as an architect in the city’s architectural planning and construction department. In 2013, I married a German, and have lived and worked in Germany until now. Standing in front of beautiful nature, landscape, I always have the feeling that I want to draw impressive things with that first emotion. I always think that. Everything in this universe will go away with only nature remaining. And i want to capture and keep it in my picture. I started drawing from 2018 until now. (Huong Bui Peuser)

Born in 1965 in Damascus. Member of the Union of Fine Syrian Artists. Graduated in 1989 from the Faculty of Fine Arts of Damascus University, Department of Interior Design. He works in Damascus in his own office as a decorator for 5 years. He organized several solo and group exhibitions in several galleries in Damascus. He also had a private screenprint for 5 years and also worked Greeting Cards Designer at Tariq Bin Ziad TBZ for five years.
He emigrated to Germany in 1999, and organized several solo exhibitions in the city of Ansbach. He also worked for the advertising agency Reinhold Maier as a decoration designer. Most of the works belonged to the VERDI union.
In the city of Nuremberg he organized several individual and group exhibitions and also in several German cities, most recently was in Berlin and France.

French painter. Continuing  the Immemorial Art in a ultra singular contemporary style, taking up the torch of Picasso & Matisse with a flawless imagination, in harmony with the current international design style, I invent, by discovering it as and when, a highly artificial and elaborate art, of a strange and unusual beauty absolutely unprecedented…(Eric Fiorin)

David Gista was born and raised in Paris, and now divides his time between France and the United States, having established his artistic career on both continents. Gista studied art at the École Nationale Supérieure des Beaux-Arts in Paris and so combines his classical fine arts training with his keen-eyed examination of modernity, creating a running commentary on contemporary life expressed in a variety of media. David has exhibited his work extensively between France and the United States, and also throughout Europe. He is currently represented by the Thomas Masters Gallery and Springboardarts gallery in Chicago and has a studio in East Garfield Park, Chicago and at the Noyes art center in Evanston. His work is very often about books and libraries and our relationship to knowledge in the digital era.

I believe that creativity is about finding a unique synthesis between reality and abstraction. Since an early age, I was driven to writing and painting. This was my way of coming to terms with the reality of life and my artistic sensibility always tended to a zone between reality and abstraction. I wanted to look closely at the reality and see it clearly, yet also stand aside and see the reality behind a hue, a mist. This duality created an emotional suspense which is perhaps the source of poetic sensibility. (Ana Ingham)

Self-taught photographer for over 10 years. Photography is for me a means of expression, to transmit, feelings, desires, moments of life. I like to work with different models, place, and the nourishing meeting with others. I also appreciate the little moments when I find myself alone working an image. (Grégory Larnac)

International art awards. Exhibitions in Europe and United States of America. One artwork in the permanent collection of an Art Museum. In 2020 semifinalist in the prestigious Global Art Awards and the highest number of votes from the public.

Marc Dequidt alias Dekit Painter, started painting in oils from the age of 7. Lived his childhood in Tahiti. Back in France he set up a graphic art studio, and then a printing press. Then devoted 20 years to the creation and restoration of stained-glass windows in Europe, and the Maghreb. All his professional activities have always been based on the image. His creations are the synthesis of different cultures, and know-how often tinged with a note of humor or eroticism.

Christophe Serour. From the South of France Christophe Serour is bewitched by travel, anthropology. A globetrotter, he denies the fact of being swallowed up by the triviality of a well-regulated life. He was able to capture authentic and spontaneous moments, which gave rise to a passion for this discipline.

Artinside Gallery is not an ordinary art gallery: it is a technologically advanced digital platform, based on augmented reality, which adapts to global changes (also in Art). Artinside Gallery is the first art gallery without walls, in augmented reality, which defines a new concept of exhibition space. The artworks are shown floating in space, as hanging on ideal walls, in life size, and they are enriched by an audio commentary in perfect vocal synthesis. The gallery is created in real time in front of the visitors, wherever they are. Artinside Gallery is updated monthly via a cloud computing platform, which allows visitors to live the experience of a real art gallery, which is updated with new exhibitions every month.